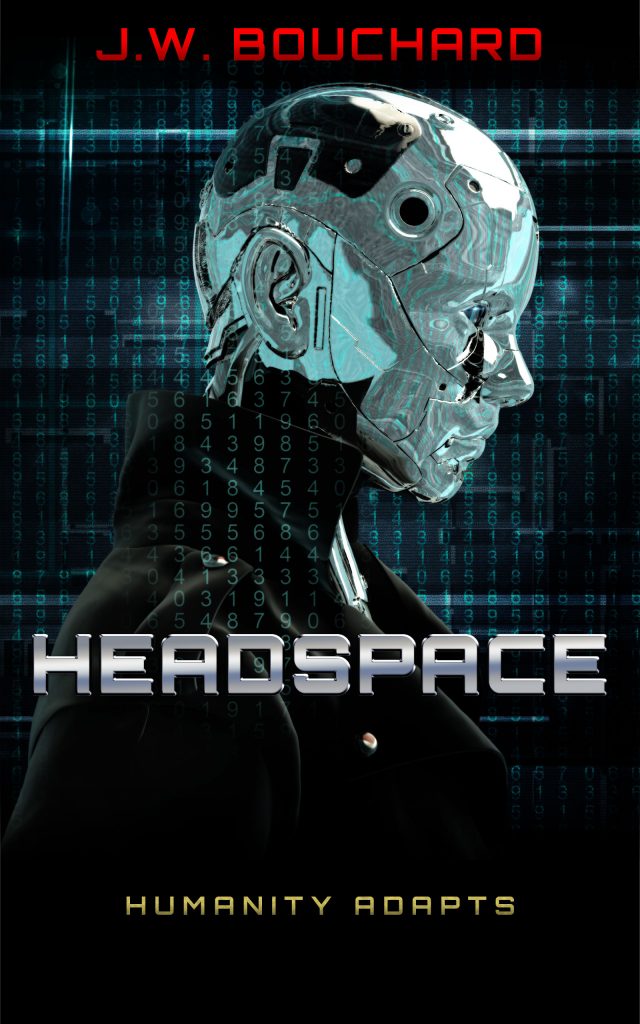 Thanks to a vaccine called headspace, violent crime is a thing of the past. Headspace doesn’t prevent violent thoughts, it prevents you from acting on them. There hasn’t been a murder in nearly 50 years.

Headspace ensures no conflict will result in violence.

Officer Marcus Hardy is the closest thing that Omaha Metro Crisis Management has to a homicide detective. When he’s called out to investigate the murder of a prominent neuroscientist, it quickly becomes clear that he and his department are ill-equipped to handle the situation.

The robot-phobic Hardy is partnered with a human-like android, a “shorty,” and they begin a race against time to find the killer before he can kill again.

Their investigation leads them to Mind Drop, a biotech company that specializes in preserving memories by uploading them to the cloud and making them accessible via an implanted memory prosthesis. The company’s motto is simple: People don’t have to forget.

When Mind Drop’s reclusive CEO refuses to cooperate, Hardy begins to suspect that the murder may be connected to something vastly more sinister than he had imagined, a secret that the company will do anything to protect.

In a future where a man-made vaccine limits free will, Hardy discovers that nothing can overcome human nature for long.